Benjamin M Peck was born on October 5, 1838, in Smithfield, Bradford County, Pennsylvania. In 1862 he enlisted in the Union Army into Company "B" of the 141st Pennsylvania Volunteers Infantry Regiment as a 1st Sergeant. On December 10, 1862 he was promoted to the rank of Full 2nd Lieutenant, and then promoted to Full Captain on December 5, 1863. During the Battle of Chancellorsville Lieutenant Peck was wounded in the neck and shoulder by a cannon shot on May 3, 1863. He returned to his unit after a two month absence fully recovered from his injuries and was mustered out of the service on May 28, 1865 in Washington, D.C.

Benjamin married Sarah H. Watkins on April 9, 1863 and after the war the couple would have two children. Their son, Guy W. Peck, was born in 1867, followed by a daughter, Mary A. Peck in 1870. Benjamin entered the legal profession and received his license to practice law before entering the Army. After the war he returned home to Towanda, PA and opened his law office. In 1872 he was elected prothonotary of the local court and served six years. In 1890 he was elect President Judge of the 13th Judicial District of Pennsylvania. Benjamin died on September 9, 1899 and is buried at Oak Hill Cemetery in Towanda.

Permission to publish material from the Benjamin M. Peck Diaries must be obtained from Special Collections, Virginia Tech. 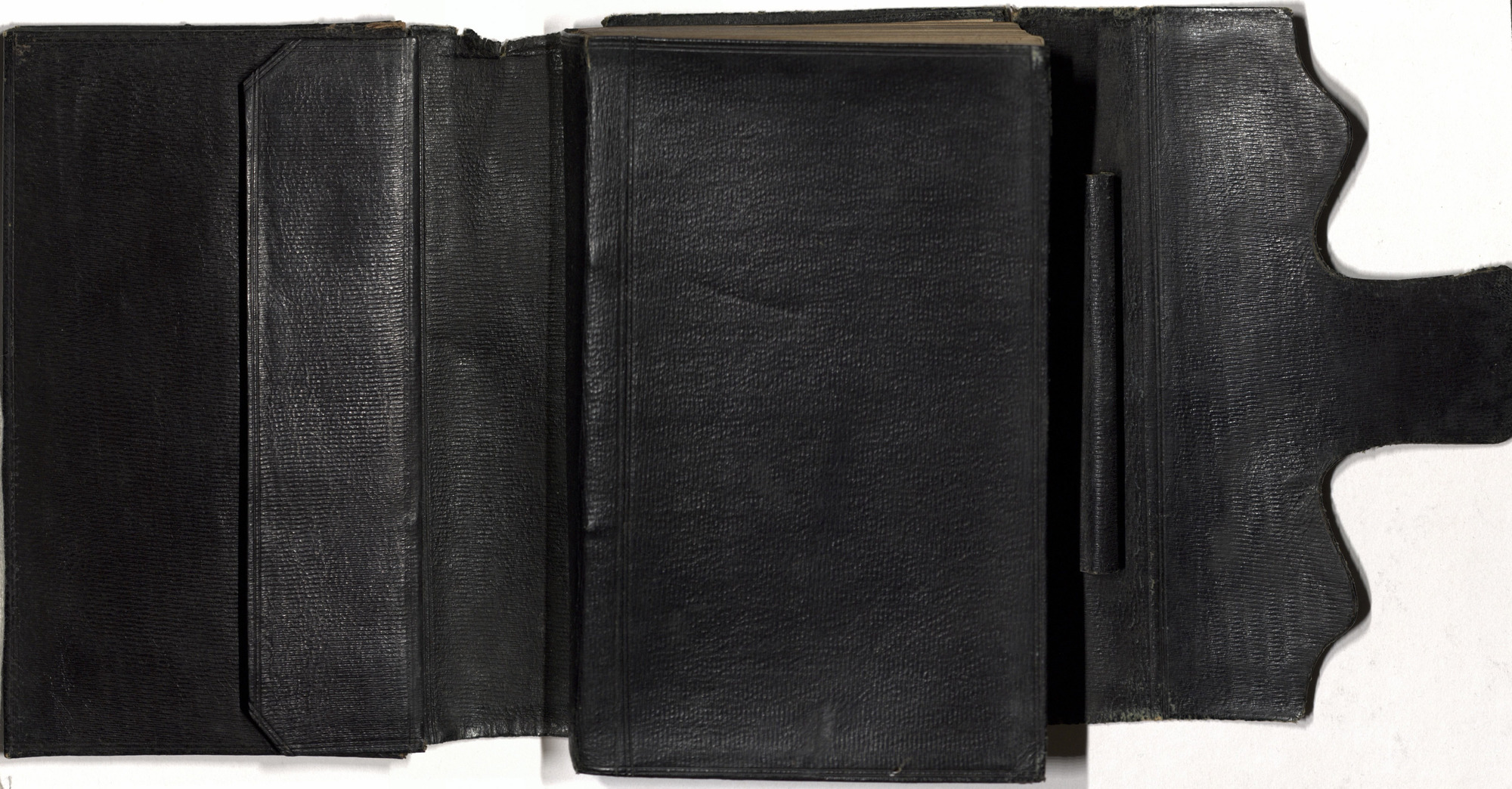 The 1865 leather bound, preprinted, pocket diary contains one entry per day with cash accounts and notes listed in the back of the book. This diary…

The 1864 leather bound, preprinted diary contains two daily entries per page with cash accounts and notes sections in the back of the diary. In 1864…

View all Items in the The Benjamin M. Peck Diaries (Ms2015-003) Collection