This collection contains five items relating to Everett and Warren Hutchins, two brothers who served in Massachusetts military units during the Civil War. The collection includes cartes-de-visite of Everett (Company F, 33rd Massachusetts Infantry) and Warren (7th Independent Battery, Massachusetts Light Artillery), with Warren appearing in full uniform.
Also included are two letters from Everett, addressed to his sister. In a letter written January 3, 1864 at Lookout Valley, Tennessee, Everett discusses winter quarters, the regiment's recent march to Knoxville and back, and various family members. In the second letter, written on April 3, [1864], Everett discusses at length brother Warren's term of military service, expressing the opinion that Warren will have to serve out his three-year enlistment regardless of when his battery's term of enlistment ends.
Warren Hutchins' diary for 1863 is also included in the collection. Commencing on January 1, apparently from the area of Nansemond County, Virginia, Warren writes of weather conditions, battery target practice and goods received from home. In brief, daily entries, he makes frequent mention of drill, inspection, police and picket duty. He writes of the battery firing salutes in honor of generals Corcoran, "Heys" [Hays?], and Halleck. Occasionally, he mentions war news and rumors, including the Battle of Murfreesboro, the destruction of the Monitor, the capture of the Indianola, draft riots, and Hooker's Chancellorsville defeat. At the end of January, Warren describes an unidentified battle [probably at Deserted House, Virginia] and another battle in mid-April, probably at Blackwater. A lengthy entry for May 1, 1863 describes another unidentified battle, followed by a description of the Carrsville Expedition in mid-May. The next entry, for May 26, seems to describe the return of the 6th Massachusetts Militia (9 months' service) to Boston. The trip is described, as is the welcoming ceremony, and the governor's address to the regiment is paraphrased at length. Diary entries commence again with June 5, 1863 and recount the 7th's daily movement on the Virginia Peninsula until it was ordered back to Washington D.C. on July 20. Warren writes of the battery's arrival in New York on August 19 in response to the draft riots and describes the battery's placement in the city. With the exception of an entry for September 25, the remainder of the diary is blank.
Edward Everett Hutchins, the son of Stephen and Catharine Hutchins, was born November 17, 1842. The 1860 census lists an Everett Hutchins as a servant--probably an apprentice--in the Lowell, Massachusetts home of Isaac Scripture, baker. Hutchins enlisted in Company F, 33rd Massachusetts Infantry and mustered into service with the company on August 5, 1862. Everett Hutchins was killed at the Battle of Resaca, Georgia on May 15, 1864.
Warren E. Hutchins, brother of Everett Hutchins, served with the 7th Battery, Massachusetts Light Artillery. He died in a hospital at De Valls Bluff, Arkansas on November 29, 1864.
The 33rd Massachusetts Infantry was organized at Springfield, Massachusetts during the summer of 1862 and mustered into Federal service in August. The regiment arrived in Washington, D.C. on August 17. Establishing camp across the Potomac, the regiment remained in defense of northern Virginia throughout the autumn and went into winter quarters near Falmouth. In 1863, the regiment participated in the battles of Chancellorsville and Gettysburg, then was encamped near Bristoe Station, Virginia before being ordered southward. In September, the 33rd arrived in Bridgeport, Tennessee. It saw heavy fighting at Wauhatchie on October 29 and participated in the battles of Lookout Mountain and Missionary Ridge before going into winter quarters. In May 1864, the regiment joined the Atlanta campaign and saw heavy fighting at Resaca (May 16), Dallas (May 25) and Kenesaw Mountain (June 22). The regiment participated in the siege of Atlanta, the city's occupation, and Sherman's march to the sea, then in the march northward into the Carolinas. At war's end, the 33rd participated in the Grand Review at Washington, D.C. and was mustered out of service on June 10, 1865.
The 7th Battery, Massachusetts Light Artillery, was organized as Richardson's Light Guard, an independent infantry company, at Lowell, Massachusetts. The company was mustered into service on May 21, 1861 and immediately departed for Fort Monroe, Virginia, where it engaged in garrison duty through the fall and winter. Detached on light artillery duty on December 25, the company became designated the 7th Massachusetts Battery on March 17. The unit served in eastern Virginia, seeing action near Franklin and Deserted House and participating in the siege of Suffolk. In May 1863, it joined the Carrsville Expedition, then remained at Portsmouth until June, participating in Dix's Peninsula Campaign. In July, the 7th was ordered to Washington, D.C., and from there to New York, where it saw duty during the draft riots. In September, the battery returned to Washington, D.C., where it remained for several months. In January 1864, the 7th sailed to New Orleans, and it would eventually serve in the Red River Campaign, generally remaining in Arkansas from May 1864 until January 1865. The battery returned to Louisiana, then moved to Dauphin Island, Alabama in February, participating in the campaign against Mobile. The 7th remained in Alabama through June, then was moved to Houston, Texas, where it served until October. The 7th Massachusetts Light Artillery returned to Boston and was mustered out on November 10, 1865.

See the Finding Aid for the Everett and Warren Hutchins Papers

Permission to publish material from the Everett and Warren Hutchins Papers must be obtained from Special Collections, Virginia Tech. 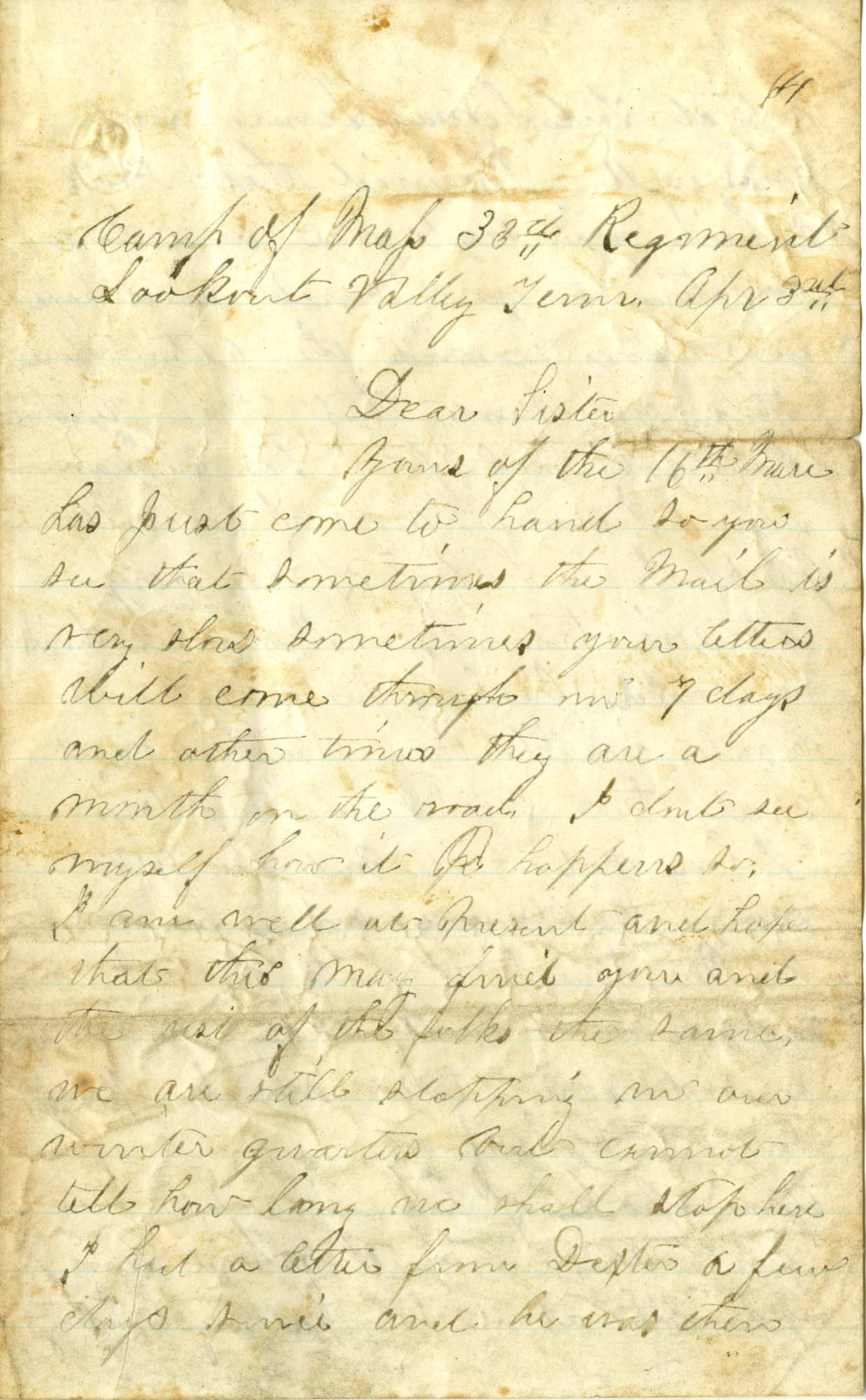 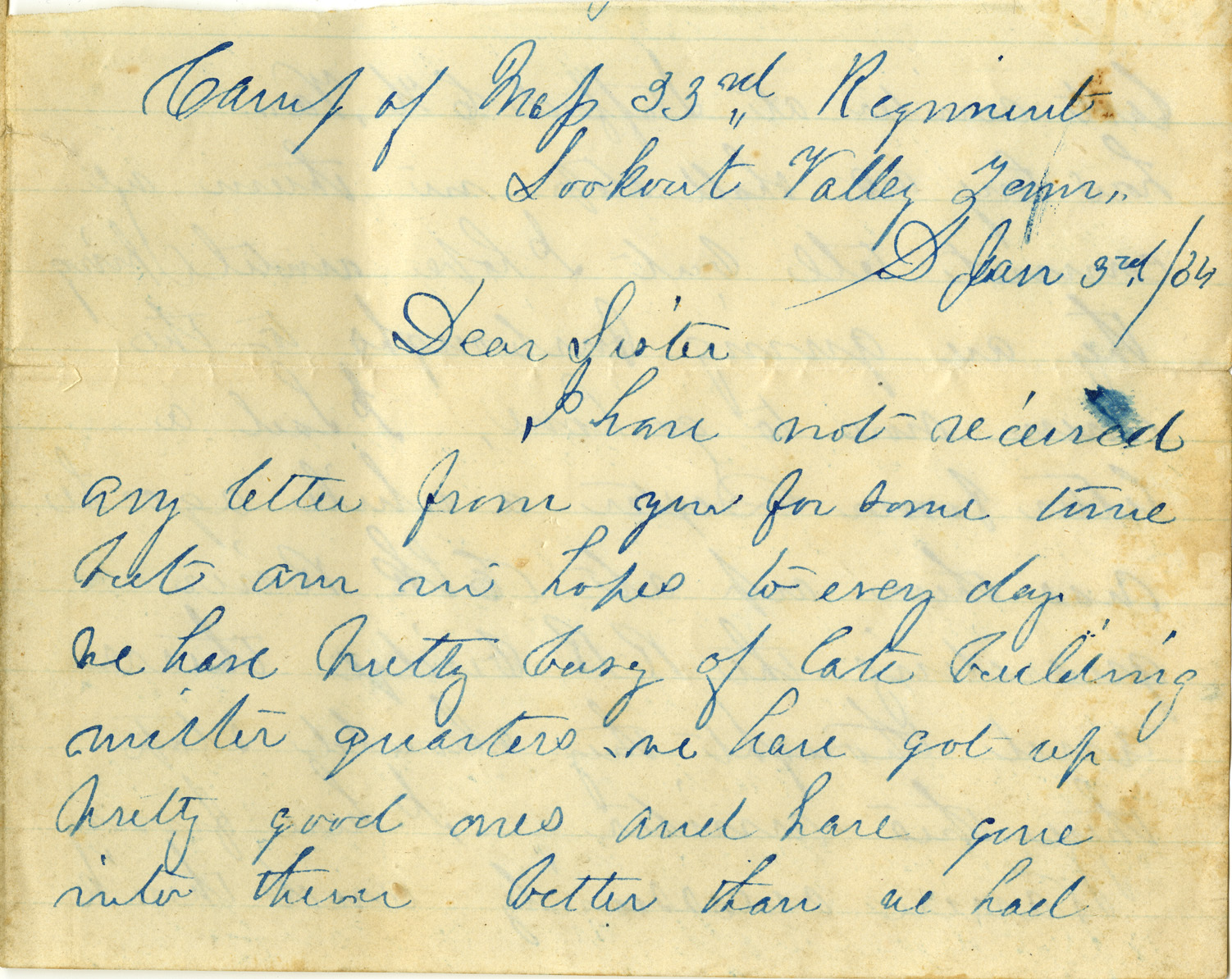