The papers of Patricia Givens Johnson, New River Valley local historian, consist primarily of materials which arose from her research for--and publication of--books on local pioneers Andrew Lewis, Jacob Miller, James Patton, William Preston, and the early settlement of the New River Valley. The papers contain such materials as correspondence, subject files, printed materials and photographs used by Johnson during her research. Interspersed throughout the collection are a few materials which had belonged to Johnson's mother and fellow local historian, Lula Porterfield Givens, including subject files on Christiansburg and Montgomery County, a scrapbook, and photographs.

Patricia Miller Givens, teacher and local historian, was born in Newport, Virginia, on March 9, 1932. Known familiarly as "Patsy," Givens was the daughter of Hugh Peck and Lula Porterfield Givens. She graduated from Christiansburg High School in 1949, later obtaining her bachelor's degree from the University of Texas at Austin (1956) and master's from the College of William and Mary (1963). In December 1953, she married Walter L. Johnson; the couple would have one son, Walter Peck Johnson. Patricia Johnson taught history and social studies in various schools as the family moved frequently--to Texas, Japan, England, Atlanta and Washington, D.C.--due to the demands of her husband's air force career. Around 1980, the Johnsons returned to the New River Valley area, where they bought and restored the former James Bain Price home in Prices Fork.

Like her mother, Johnson maintained a lifetime interest in the history of Southwest Virginia; she eventually published 15 books and numerous articles related to the subject and became one of the foremost authorities on local history. Johnson's interests were reflected by her memberships in the Daughters of the American Revolution and the United Daughters of the Confederacy. She was also an active member of the Church of Jesus Christ of Latter-Day Saints.

See the Finding Aid for the Patricia Givens Johnson Papers

Permission to publish material from the Patricia Givens Johnson Papers must be obtained from Special Collections, Virginia Tech. 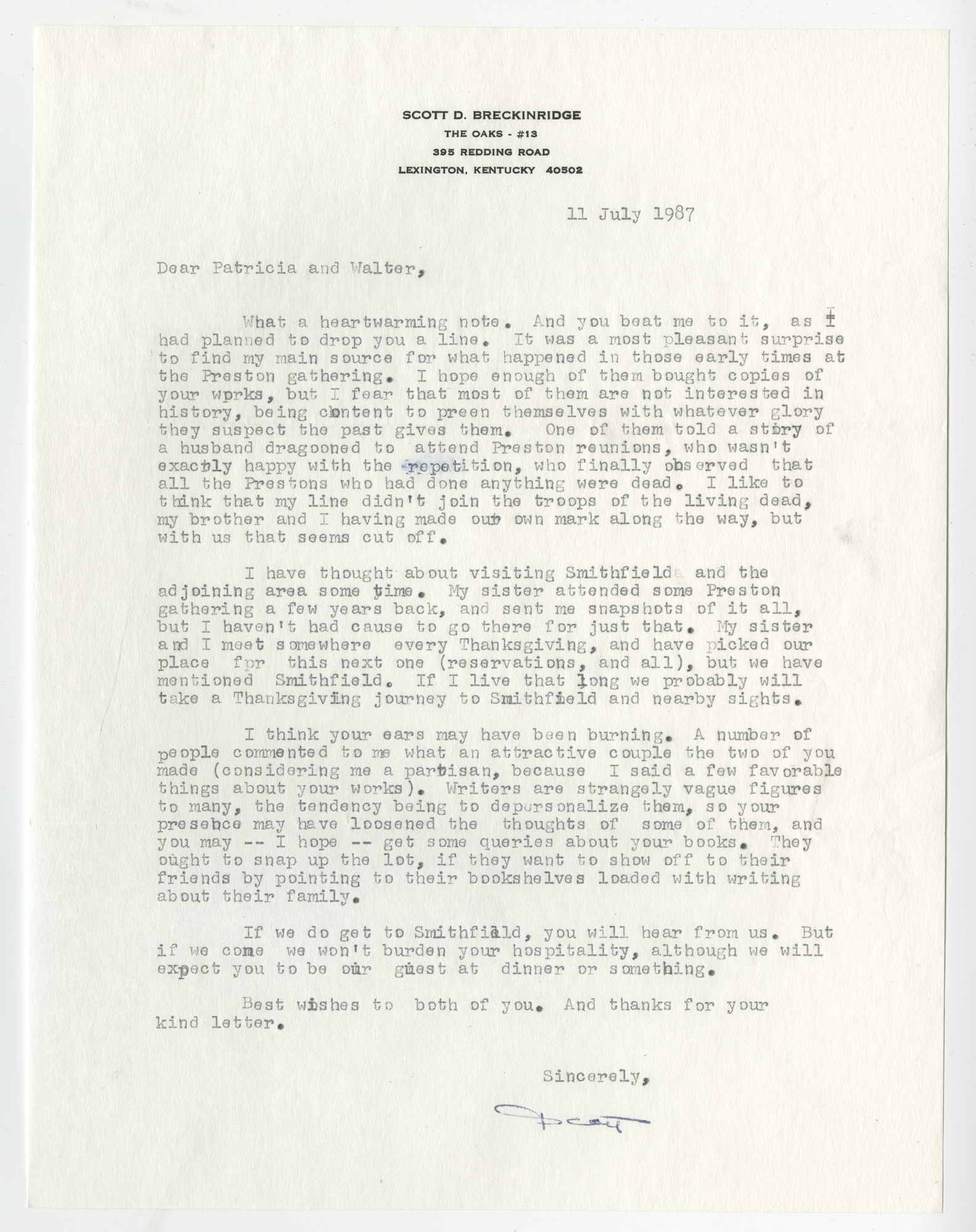 View all Items in the Patricia Givens Johnson Papers Collection