The collection includes a program for exercises of the "Eureka Class," also listing the class' individual members. Also included is an 1892 program of entertainment including recitations, music and songs. Two undated certificates, awarded to Annie V. and Eugenia V. Sullivan for "purity and correctness in the use of the English language" are included as well (Eugenia V. Sullivan is listed elsewhere as a member of the class of 1886.). An additional item was donated in 2014: the 1875-1876 Annual Announcement.

See the finding aid for the Montgomery Female College Collection.

Permission to publish material from the Montgomery Female College Collection must be obtained from Special Collections, Virginia Tech.

Collection is open to researchers. 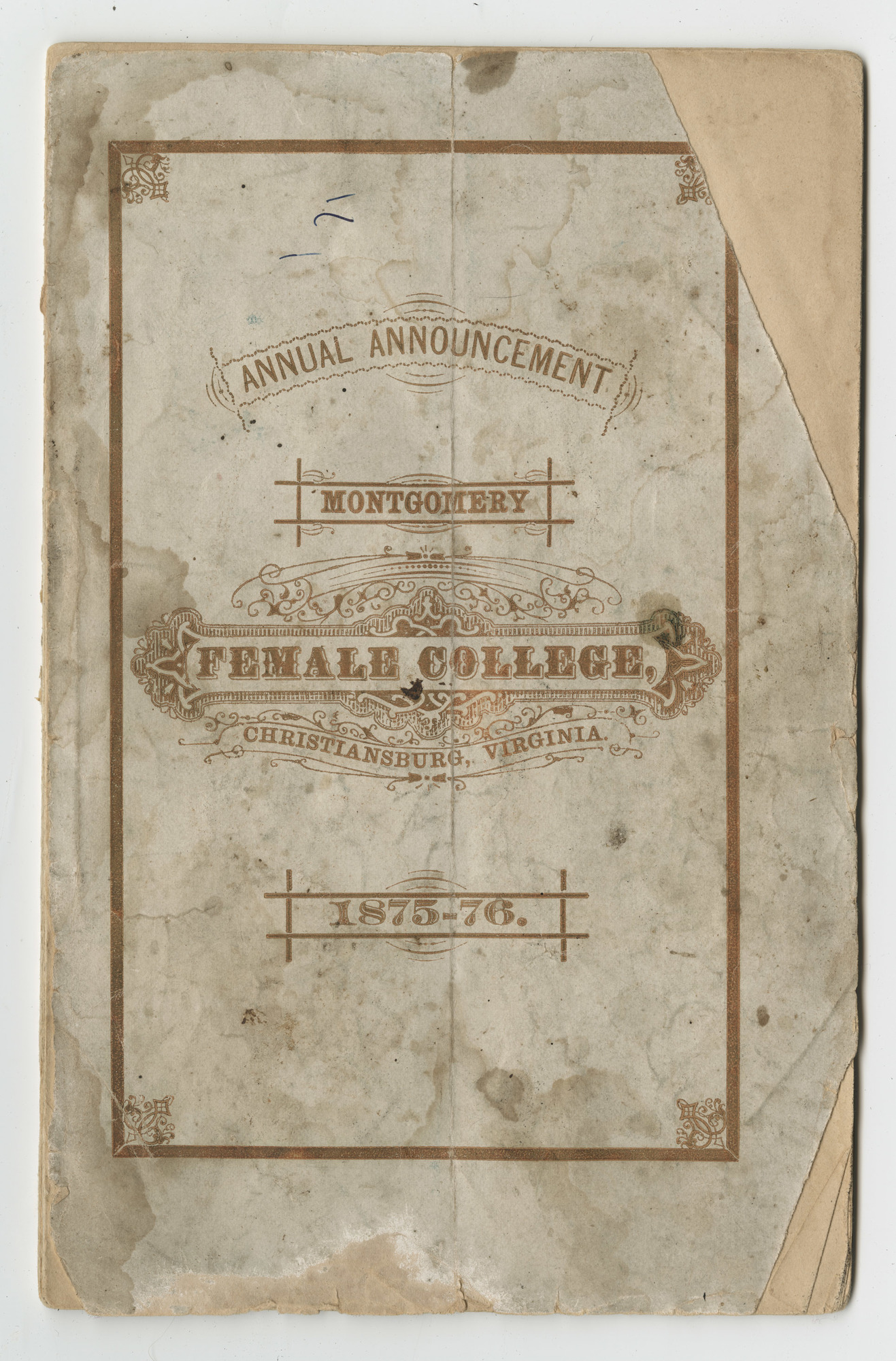 Selected pages from the catalog of the 1875-1876 year of the Montgomery Female College includes lists of trustees and faculty, calendar, commencement… 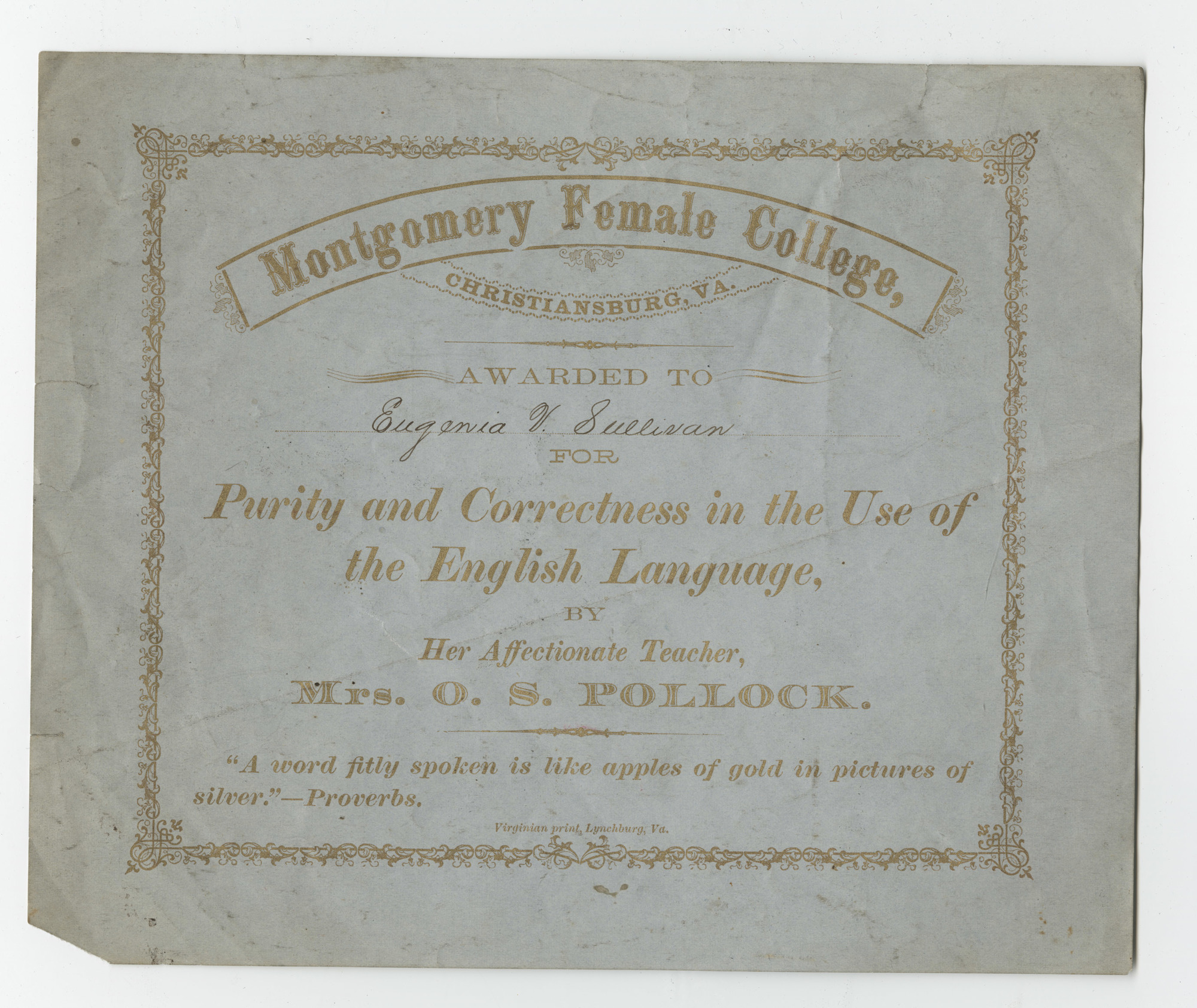 Montgomery Female College certificate "awarded to Eugenia V. Sullivan for Purity and Correctness in the Use of the English Language" 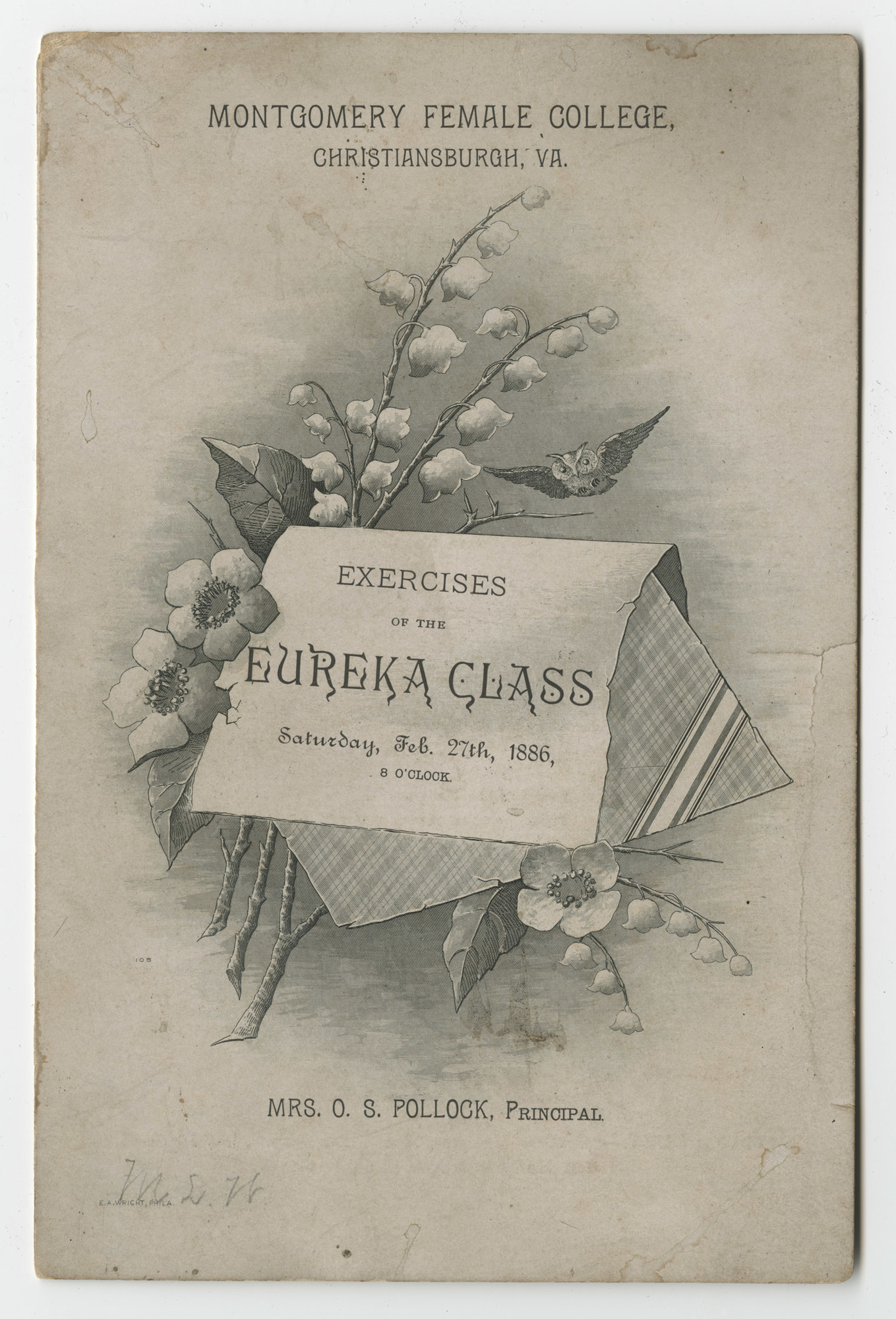 Program lists the performance exercises of the "Eureka Class", including recitations and recitals, as well as a list of students.